Newest entries
<< Previous month | Next month >>
Back to archive top


Comiket 65, catching up on gaming

Another Comiket (CM65) has come and gone. Well even before that I was busy busy busy with work so I had no time to play a long game. But here I am on my break enjoying free time.

First off to start is Parsec47. This game is really really good. On my lowly P3-500 I have opened up all practice, normal, and difficult. For hard I only need three more boxes. The trick is to die. Yes, if you restart a level and make sure to get enough lives from gobbling up the pointage you will probably be able to open up the next level. I even play this game at work. Great.

I want to play Soushun, and I even loaded my laptop with it. The only problem is that I need to click on the application icon. I saw that this game was going used for 2500 yen. It went 1000 yen up! Whoa.

I've been playing some Doom. Mighty fun this simple gaming. Why does the sound of a shotgun sound so invigoratingly satisfying? And I discovered punching. Oh well. An online personality says that PrBoom does nothing for them while ZDoom is the bomb. Well I like PrBoom since it was working well for me, but I can see how ZDoom has its advantages.

As for the games I got for my visit to Akihabara: I had to get Double Dragon Advance once I saw it. I was playing the game on a demo unit at Messe Sanoh, running and jumping into baddies like it was the good fight. This isn't as simple as Final Fight One. This is way better. I remember the fun I had playing the Double Dragon version for the SNES. I didn't bring my GBA to Tokyo this time because I knew I would be busy prepping for Comiket. I can't wait to play it at home!

I bought Purikura Daisakusen on a whim and I regret it because I probably haven't touched my Saturn in like... well let me consult my gamelog for the details. It's just that I don't think I will be playing this game when I have other Saturn games stacked away. Besides, I haven't figured out why I bought this game instead of Gunstar Heroes. That game was cheaper.

I seem to have developed a better attitude towards buying games. Or at least I hope so. At least I have a stronger feeling of regret for stacking games this time around.

But Comiket games are different. These games are not available except at Comiket so I gotta buy them. It's a must. For example, Amusement Maker games. These guys just don't understand that they have fans! Consequently they don't sell at those doujin soft shops.

I should be able to update my log during the New Year's break. See you next year!

I posted this at the Shmups forum:


If you don't know it already, Comic Market 65 will be held December 28, 29, 30 (in 2 days! waku waku!). This is the 65th iteration (CM65), and my third time to go. Comic Market is a very big fan-oriented, fan-based hobby show held at Tokyo Big Sight in Japan that mainly covers doujinshi (fan-created manga), but there are fan made PC games, and shmups are well represented here. (No cosplay coverage here. See the excellent introduction and coverage here)

As I did in my past post, Shmups at Comic Market 64, I will be posting pictures of my spoils. This thread will serve as my scratch pad (i.e. preparations) and final report.

So what are we expecting? 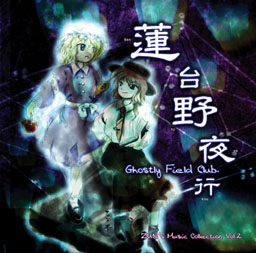 Whew! That's most of the places I'm interested that are shmup related, but there is a lot more shmups around, especially 3rd day West "a" and "ka" sections. Keep watching this space for details. I don't promise full coverage, but I'll try to catch the shmup action. Rampant "wish-you-were-here" behavior will be observed.

Recently I've been busy with my Sony Clie TJ-25 PDA (Palm 5.2 OS compatible). What a cool tool. I use it as my PADD (Star Trek tm), for reading computer reference manuals and free e-books. I was thinking of purchasing some e-books by my favorite sci-fi authors, Vernor Vinge and Ray Bradbury. And then I found Plucker, which automagically downloads web sites and transforms them for travel reading. It's most similar to AportisDoc and iSilo, but totally free, GNU free. So, for my gaming news, I subscribed to the gaming news sites Magicbox, Insert Credit, Namae no Nai Heya, Impress Game Watch. I also subscribed to some other specialized blogs and periodic newsletters such as Bruce Schneider's Cryptogram. Very very cool. I never took the time to read Namae no Nai Heya and Impress Game Watch when I got home from work, because I'd be too tired to work on reading Japanese. But now that I can read it in the morning while traveling to work I can get my Japanese gaming news fix. I check Magicbox and Insert Credit at night anyway, so maybe I don't need to bring it around.

With all the time I spend with my Clie, I thought I needed a game for it. So I bought Puzzle Bobble for Palm v2 (Hi-res version), the official port. This is similar to Puzzle Bobble for the Sega Saturn. I have fond memories of this version because it reminds me of the times I spent overnight at a friend's house trying to whittle away the night with disappearing baubles. It's too bad that even then I didn't get into the competition mode. So how good is this version? In a word, it is hard to control because of my Clie's hard buttons are too "hard" or stiff. You can control it by the hard buttons (which are restrictedly re-definable), the Jog control and horizontal stylus strokes. The latter is interesting but ultimately mediocre because it doesn't take into account the vertical distance of the stroke. You can't play this game with stylus taps. Well it cost me USD 20.00 as a online download. I placed it on my Memory Stick and saved it for a rainy day when there is nothing to read.

Windows PC shooting for me just got another shot in the arm. Kenta Cho of ABA Games just released his newest experiment in D language programming: Parsec47. Very cool. It has "scratching" if you can call your "rotating ring of death" part of your ship. It feels a little like the Mars Matrix, but it doesn't play like it. Music is great, bullet storms feel overwhelming, and game play just rocks.

Another game I found is Choruga. I was never a fan of the (anime and manga) Azumanga Daioh. But I am a die-hard fan of Ikaruga. There is one doujin soft maker that combined the elements of the both. Well, it's totally 2-D, but they definitely got the black and white right. The muted brown background and bright explosions just feel right. It plays all right but my P3-500 makes the joypad control stick and slide. Ugh. I really need a new computer now. There is no normal shooting, just the energy release weapon, so it's all about your ship positioning. Very very interesting.

Here are the games on my radar. I really want to get Ever17 Premium Edition, which was released last week. Someone I trust recommended it. I also wanna get that Episode of the Clovers for the DC or the PS2. I'm not sure which one is better. I was really happy to hear that Psyvariar 2 is getting a console release, and a Dreamcast release at that. Other than that I am waiting for Jax and Daxter 2 for the Japanese PS2. I'm not expecting much from the PSX, or the EyeToy or the online gaming or the Gran Turismo 4 or the Xbox price drop or any Nintendo first-party releases, etc.